Detective Heber Parkins is the Clark County Sheriff’s Department’s outcast, the lead man in its “leper colony,” the guy who collects the anonymous victims of the most anonymous town of them all, the “trash man.” Then he’s assigned to investigate the murder of the partner of the man who operates the classiest club on the Strip. Joey’s Place. Is he being set up to fail? Play the cat’s paw? He doesn’t care. It’s his first real case in years and it draws him into a struggle that will determine the future of Las Vegas.

I feel fortunate to have a roster of readers who not only enjoy crime fiction but also know a great deal about Las Vegas in September 1970. If you would like a review copy, please contact me at john@jwnelson.net 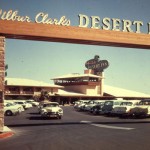