Nice to see this positive review of the “13” collection of short stories from SoundSphereMag.com.

“The manner in which the 13 concept is utilised by the creative minds here is something that I thought I would find particularly jarring. I expected to be getting swept away in a character’s adventures only to suddenly spot the 13 element and that this would thrust me out of the experience. Instead, and full credit the authors for this, it became a joy to note with some surprise how that one spark of inspiration had embedded itself in the process. [Especially nice to read this, as it refers to my contribution] In one particularly notable example there is the utterly compelling characterisation of 13 as a convincing female lead, driving the narrative of the speaker forward.”

You can read the review at http://www.soundspheremag.com/reviews/book/book-review-13-the-anthology/ and learn more about the book at http://13-anthology.webs.com/

Detective Heber Parkins is the Clark County Sheriff’s Department’s outcast, the lead man in its “leper colony,” the guy who collects the anonymous victims of the most anonymous town of them all, the “trash man.” Then he’s assigned to investigate the murder of the partner of the man who operates the classiest club on the Strip. Joey’s Place. Is he being set up to fail? Play the cat’s paw? He doesn’t care. It’s his first real case in years and it draws him into a struggle that will determine the … (more) → 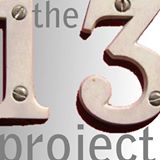 You can find this anthology of thirteen very diverse short stories on Amazon.com today. The address of the anthology’s website is http://13-anthology.webs.com/, and you can also follow it on Facebook at:
https://www.facebook.com/thethirteenproject

This project was an enjoyable experience because it allowed me to “visit” Max from “L.A. Limo Tales” when he was just in high school. I hope you will enjoy my contribution and the other twelve fine offerings.